So you may be wondering "lizzie, why is a pirate's life for you?" well let me tell you! last night this really cool boy took me on a real... that's right! a REAL pirate adventure, complete with treasure maps, buried treasure, sword fights, dreadlocks, eye patches, taking over ships and captured women. need i say more? Well i'm going to.
it all started while i was sitting at home doing some homework. I knew this date was to occur at 8:00 pm but i had no idea what was in store for me! A pirate bursts into my apartment with a captive boy (my date) and tied me up and took me to the "pirate ship" and he (being a drunken pirate) needed more rum, so we went to buy "rum". While the pirate was buying "rum" we took back over the "ship" and went to find buried treasure. There were two treasure maps, like the one below that led to a buried treasure! 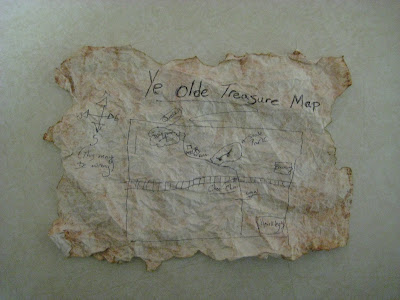 This is the really cool boy mentioned earlier... he is getting ready to dig up treasure... (and looking studly if I must say so myself) 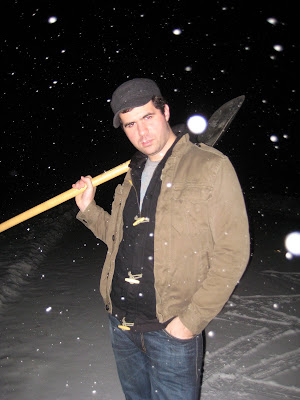 inside the first treasure was diet coke for me, mountain dew for him, chips (cause digging up treasure makes you thirsty/hungry) and pirate attire, as shown below! the second treasure contained more pirate attire to complete our looks. 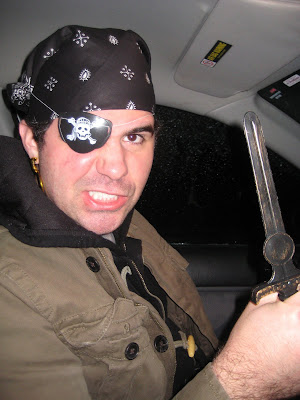 Dang i make a good pirate! I look mean... 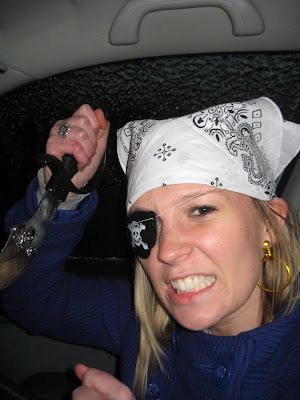 and we saved captured girls and killed all the pirates, some might say that we are live savers and they would also say we are pirates with morals (cause let's face it, pirates don't have morals) but i particularly like this picture below because... i'm done with picture time, but tanner is of course still posing (or is that how he always looks...?) 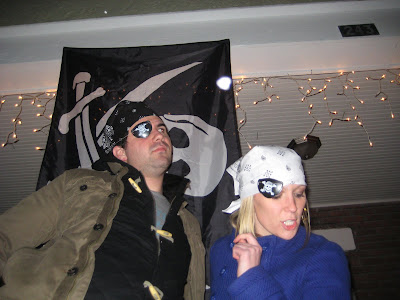 i would like to thank Tanner first off for the most awesome date EVER!!!! The pirate for his amazing kidnapping skills, casper (my car) for helping us get up the hill (when it was snowing really bad) the Aldridge house for providing us the opportunity to have a sword fight, and tanner's childhood for making him love pirates....
THANKS EVERYONE!!!